At just 33 years of age, Brandon Higa has compiled a resume that includes positions as an agricultural attaché, a liaison for the U.S. State Department, a professional musician, an actor, even a former aide to the current Governor, David Ige. 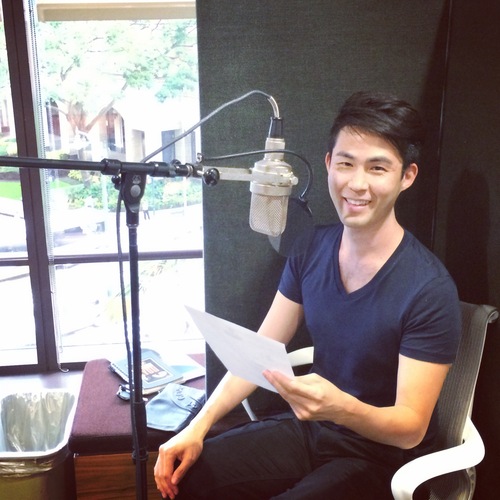 For the last six years, however, Higa has distinguished himself as an active and innovative grants development specialist for Kapi‘olani Community College.

Higa was born and raised in Pearl City and attended the University of Southern California, where he earned a BA and MA in international relations and East Asian languages and cultures.

After stints as a research assistant with the East-West Center and a policy intern with the National Diet of Japan, Higa landed a position as an agricultural attaché with U.S. Department of Agriculture, working collaboratively with Japanese local staff and American diplomats on bilateral trade policy and helping to enforce free-trade agreements.

“I basically had the opportunity to sample various types of food that incorporated U.S. ingredients.” Higa said.

Higa spent the 2007 Hawaii legislative session working as a legislative aide to then-Sen. Ige, contributing articles on policy and constituent concerns for the office’s newsletter and website.

Later that year, Higa moved to Washington, DC to work as an alumni coordinator for the State Department. There he gained his first experience in working with grants for educational, professional and cultural programs. He also served as the principal liaison to the Bureau of East Asia and Pacific Affairs and the Bureau of South and Central Affairs, and researched funding and career resources for foreign and domestic alumni of State Department exchange programs.

“It was way too cold for me there” Higa says. “The job was great but I wanted to pursue something more.”

Higa originally returned to Hawaii in hopes of teaching Japanese at KCC but ultimately found a position that suited his experience with grants.

Among Higa’s most notable successes was a $4 million grant for program development from the US. Department of Education Title III Native Hawaiian Serving Institutions Program. He also co-authored a proposal worth $5 to create a new resource development and grants support shared service center.

“My vision and personal values is that cultural arts are a way to perpetuate ideas, reflect upon collective and personal experiences, and provoke thought.” Higa said. “Grants invest in students, staff and institutions alike.”

Higa’s work at KCC is complemented by his creative endeavors.

From 2005 to 2009, Higa served as a freelance clarinetist for the Royal Hawaiian Band, performing in several concerts for municipal events, including concerts for foreign dignitaries.

Higa is also active as a model and actor. He has appeared in commercials for the state Department of Transportation, JCB Bank, and Hawaiian Airlines. He has also appeared in the hit CBS show Hawaii Five-0.

Never one to stop exploring new opportunities, Higa is pursuing a Juris Doctor degree at the University of Hawaii William S. Richardson School of Law and hopes to pursue a career in entertainment law.

“I would like to help Hawaii’s entertainment industry grow with additional investments from Hollywood, New York, and Asia,” Higa said. “Building upon the collective strengths and efforts of U.H. Manoa’s Academy for Creative Media, Hawaii Film Office, SAG Hawaii, and various other entertainment programs would make it easier for the upcoming actor.”