Yuko Shimizu knew from the first time her son Isa picked up a pen to draw that he had a special talent.

The revelation meant much to Shimizu, who saw art as a way for her son to express himself in a meaningful way despite being on the autism spectrum.

“I was blown away by the way he approached drawing,” Shimizu said. “After Isa was introduced to art, he became able to express himself in another way besides speech. Isa lost himself in his work and spend as many hours as he liked drawing.” 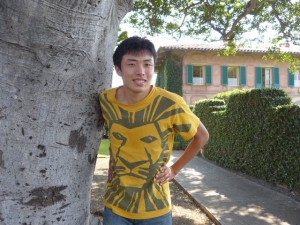 Still, it took time, energy and great sacrifice for Shimizu to give her son the best opportunity to develop his gift.

Shimizu enrolled Isa in an art course and it wasn’t long before the school asked her to serve as a mentor to other mothers whose children faced physical or developmental challenges.

However, Isa’s limited communication skills precluded him from being able to continue his education in a Japanese art school.

“I cried almost every night because no one recognized Isa’s talent,” Shimizu said.

With her son’s future at stake, Shimizu made a bold choice and moved the family, which includes her daughter Megu, to Hawai‘i in 2012. 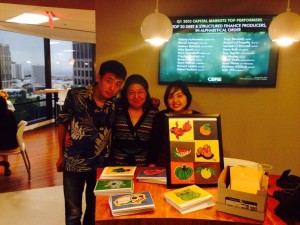 Shimizu enrolled in a hospitality course at Kapi‘olani Community College. Last year, she earned a certificate of achievement in travel and tourism. She continues to volunteer with the Honda International Center.

More importantly, the move allowed Shimizu to enroll Isa, then 16, in an art program Kaimuki High School, where he has been able to pursue his interest in painting in a supportive environment. 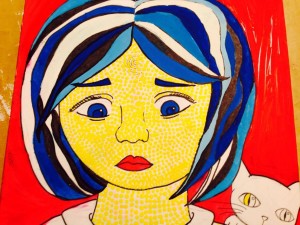 The results have been impressive. Last September, Isa contributed pieces to the group exhibition “Revealed” at Gallery ‘Iolani at Windward Community College. His art was also displayed at the Diamond Head Art Festival.

Isa is currently working on a mural at his high school. Shimizu said her son hopes to encourage and inspire underprivileged children through this project.

Isa’s influence has also revealed a similar gift in his younger sister. Inspired by characters Megu spotted in one of Isa’s drawing books, Megu and Isa collaborated on a children’s book titled “Pono.” 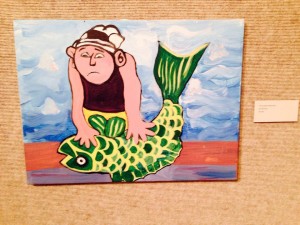 The book has become the basis of a larger project at KCC’s International Café, where art major Fumiko Kojiro is helping to convert the rough sketches into a digital format.