A plume of white smoke billows and curls around itself as it wafts up into the air. Pondering whether this particular plume is perilous can be perplexing. The source of its origin may be a train’s smokestack, a theater group’s fog machine, or dwindling stick of incense. While these examples are of little harm to the public at large, one possible source is noxious. The smoke could have come from an electronic cigarette.

Electronic cigarettes, or e-cigs, may be observed in use throughout the Kapiʻolani Community College campus, despite the fact that the school has been “smoke-free” since Fall 2013. These recently developed devices are seen as a safer alternative to traditional chemical-filled, cancer-causing tobacco cigarettes. This enabling mentality needs to be amended. 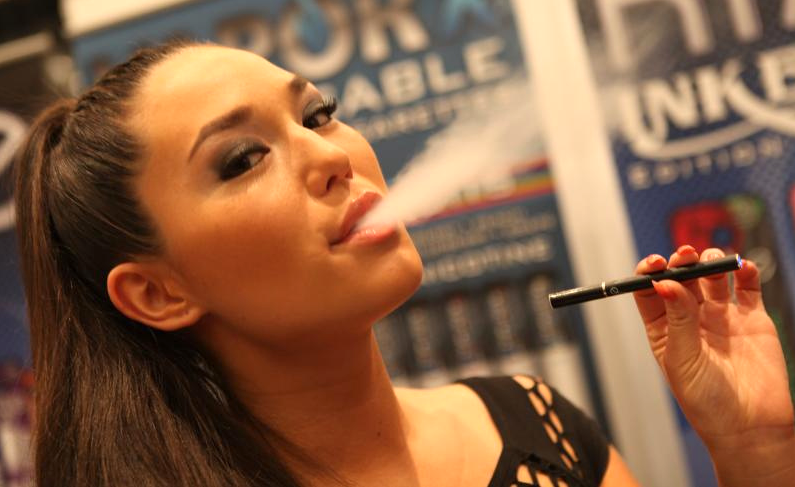 E-cigs allow users to satisfy their nicotine cravings, and without all those other harmful chemicals known to be additives in traditional cigarettes. The device uses a heating element to aerosolize liquid nicotine into an inhalable vapor. The material is not ignited, so there is less fire risk than with traditional cigarettes. E-cigarette manufacturers tout how their product’s only emission is harmless water vapor.

The liquid nicotine used in e-cigs come in a vast array of flavors, about half that replicate the straight tobacco or menthol tastes of traditional cigarettes, and half that offer sweeter, fruitier tastes. These latter offerings could be specifically targeting a younger consumer. Thus, e-cigs could function as a gateway to further exploration of tobacco or drugs.

Traditional cigarettes yield about 1 mg. of nicotine per puff. E-cigs provide about .45 mg. per draw, according to the British Medical Journal. This lesser nicotine dose may lead users to use e-cigs more frequently to get the same nicotine effect. This would be similar to drinking larger quantities of lower-alcohol beer to achieve the same effect as consuming drinks with higher alcohol content.

Propylene glycol is the major component of the liquids used in e-cigs. According to a study by Thomas Henderson, Charles Clark, Thomas Marshall, Ray Hanson and Charles Hobbs published in the science journal Solar Energy, when propylene glycol is heated, its chemical makeup changes to propylene oxide, a known carcinogen. The exhaled smoke of e-cigs also contains nicotine, acetone, formaldehyde, lead, nickel, cadmium, and glycerol.

While e-cigs do not produce open flame when in use, they still pose a fire risk. There have been incidents in which the battery that powers the device explodes mid-puff, causing burns and other injuries to the user’s face and mouth. One such case happened on March 9, 2015 to Chris Brookins, a resident of Santa Ana, Calif. His e-cig exploded just after he puffed, sending shards of metal flying across the room, lodging in a wooden beam in the ceiling and setting fire to a nightstand and clothes, according to a report in the Orange County Register. If the device had been in Brookins’ mouth when it exploded, Brookins could have been seriously injured.

Electronic cigarettes may not be as bad as their traditional counterparts, but this does not mean they are an acceptable alternative. They still dispense addictive and carcinogenic substances into the lungs of the user and innocent bystanders. This is why the KCC ban on smoking needs to be better enforced, especially when it comes to electronic cigarette use.