Kapi`olani Community College student Mia Melamed recently received five planter boxes above the Service & Sustainability Learning program’s māla at Manele Building that will be used as part of the Plant It Forward initiative to allow KCC students to grow and harvest edible plants. 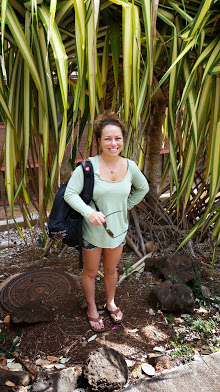 “It’s about planting without the use of synthetic fertilizers or synthetic herbicides or synthetic pesticides—all of that—hormones, and it’s producing healthy and nutritious plants and crops,” Melamed said.  “We’re just trying to sustain native plants as well and also being able to feed yourself and without having to go the grocery store.

“It is going to provide the opportunity for students that want to grow edible plants,” she said.

Melamed acknowledges that her upbringing on Kaua`i, her on-campus job at the Service & Sustainability Learning Center and her interest in a future career in natural resource protection have all influenced her approach to this initiative.  However, she said she was directly inspired with the idea for Plant It Forward last year while taking Botany 105 from Instructor Mike Ross.

Although the Plant it Forward has roots in the classroom, Melamed receives no class credit for it.  It’s also completely separate from her job.

“It’s something I know can happen, but it wasn’t happening so I figured I would just take it into my own hands and get something started,” she said.  “You just need to take action.”

To get the initiative off the ground, Melamed sought out support.  Professor Ross donated the planter boxes and the KCC culinary department agreed to provide vermiculture soil. 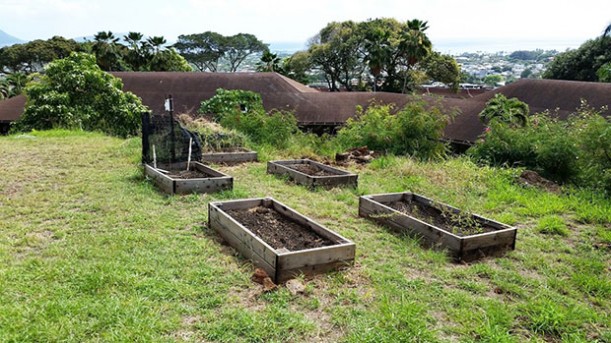 “It was all Mia’s idea,” said Ross.  “I simply provided support and encouragement.”

Melamed has assembled a core team of six to 10 individuals who contribute to the initiative and continues to receive interest from participants responding to flyers she posted throughout campus.

“Mia is an incredibly enthusiastic student and one of the hardest working students I’ve ever known,” Ross said.

In addition to the work required to assemble the team and the materials, Melamed invested substantial time into drafting a 20-plus page constitution in an effort to gain recognition as a registered independent organization at KCC.

“The life of the garden is a gift that sustains,” stated Melamed in the draft constitution.

The document goes on to state that the purpose is to “educate ourselves about Native Hawaiian Agricultural Practices, create a foundation to build sustainable food systems through a non-industrialized approach and perpetuate the importance of health, nutrition and support of locally grown food.”

To acknowledge the wisdom in Native Hawaiian agricultural practices, Plant It Forward will seek to plant according to the Hawaiian moon calendar, Melamed said.

Melamed explained that while different departments operate gardens on campus, such as the Service Learning māla at Manele and the culinary department’s garden, the Plant It Forward garden will be open to all students and faculty.

“There’s not a garden on campus where students can go there and they can plant and take what they are planting,” she said.

Ross said that sustainability is “the consumption of resources at a rate slower than production.”

“We only have a limited amount of resources and if we don’t use them sustainably then we won’t have them available in the future,” he said.

The best examples of sustainability on an individual level are to “[b]uy local.  Grow native plants.  Grow your own food,” he said.

“Any movement in a positive direction will contribute,” Melamed said.  “No act really is too large or too small.  Like, if you’re trying and you know that you’re doing what you can, that’s the best that you can do.  So it’s better to try than not try at all.”

Melamed said that making a difference doesn’t require one to be all-knowing.

“I am learning as I go,” said Melamed.  “I’m not an expert in this at all, but I want us all to learn about it and then we teach it and then pass it on.  So when they go home they can start a garden by themselves and then pass that knowledge to their kids or friends or whoever.”

Within the next few weeks, the planter boxes will receive soil and the planting will begin.

“This is something that I want to start and it just carries on.”