Two of the most bandied about statistics about Hawai‘i in past few years are the state’s overdependence on foreign fossil fuels (around 82 percent according to Blue Planet Foundation’s 2014 Hawai`i Energy Report Card) and food shipped into Hawai‘i (85 percent to 90 percent according to a 2012 strategic plan from the State of Hawai‘i).

What happens if the ships stop coming in? (Photo: NASA. Source: NOAA.)

Food security, national security, health, the environment and the economy are all implicated in a future Armageddon scenario in which one turn of events could make surviving in Hawai‘i a real problem for Hawai`i’s population of 1.4 million people.

Yet, even under the status quo, life in Hawai‘i is already a survival situation.

Among the most expensive places to own a home and purchase food in the United States, if not in the world, Hawai‘i is a place in which it’s really hard to make ends meet.

The bad news is that we are all a part of the problem. Every time we drive in our vehicles or buy food from the store, which seems necessary for most of us trying to survive and work or go to school, we participate in systems that are not sustainable and will only contribute to more problems that will affect our present and our future. 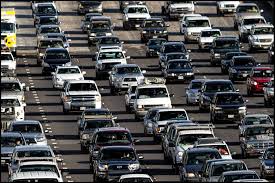 A lot of progress in different areas has been made over the last seven years. In 2008, when gas prices in Hawai‘i were around $4.30 per gallon and the price of crude oil was about $150 per barrel, the economy fell into recession and Barack Obama became the president of the United States. These and other factors came together to create a wave of change. Not coincidentally, 2008 was the year that a document, written by a collective of elected representatives, professors and consultants, was produced called the Hawai`i 2050 Sustainability Plan, which provided the state’s first definition of sustainability and called for five goals to be monitored in the areas of daily living, our economy, natural resources and the environment, health and kanaka maoli and island cultures.

Around that time, the Hawai‘i legislature passed the Hawai‘i Clean Energy Initiative targeting 70 percent clean energy in Hawai‘i by 2030. Since 2008, renewable energy via solar and wind projects has doubled, with solar PV seeing 200 percent increase in generation capacity in 2013 alone, according to Blue Planet.

So while the problems and obstacles seem daunting, a number of solutions have presented themselves.

Whether we are ready or not, transformation is under way. It’s no longer a matter of whether we will contribute to the solutions, but how.

Here at Kapi‘olani Community College there are great challenges and also opportunities. Instructors like David Brown, Alan Tsuchiyama, Carl Jennings, Wendy Kuntz, Krista Hiser and Mike Ross are challenging their students to work on solutions and make an impact. Students like Mia Melamed (Plant It Forward), Santos Quesada (culinary department), Tetsu Quinn (student worker at culinary garden) and Matt Yoshioka (entrepreneurship) and many more are working all in their own way to make a difference. As Melamed noted, any movement in a positive direction, whether large are small, contributes to solutions.

Adminstrators such as Bob Franco and Chancellor Leon Richards are supporting initiatives not only at KCC, but throughout the UH system and have pressured the UH Board of Regents and more recently the

President to support sustainability in the UH system. Of course, KCC’s efforts are just part of similar efforts in Hawai`i to solve problems. We need to join this movement and focus on several ways that we can take personal action to make a difference.