With the right side of his head shaved and the hair on the other half left long, Sirr Benjamin looks like a cross between Skrillex and Joseph Gordon Leavitt.

The unassuming DJ, also known as Kapiolani Community College student Benjamin Duong, has been playing shows all around downtown Honolulu since January and has been resident DJ at the Underground for several months. 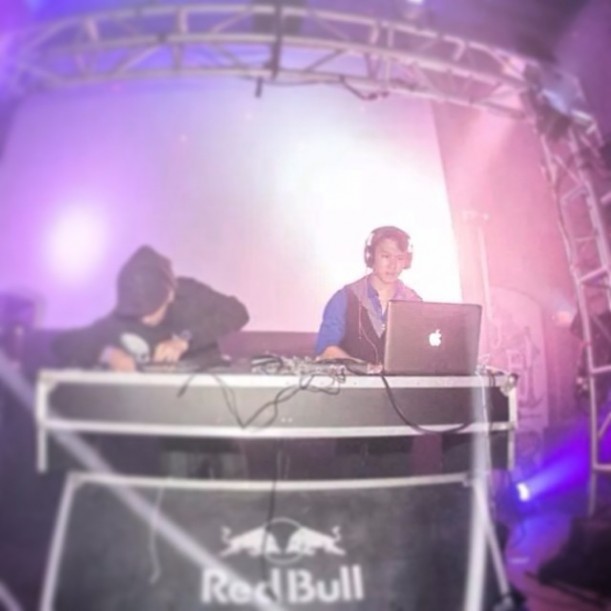 Duong grew up in Downtown Honolulu and attended McKinley High School before moving westward to Moanalua High School, from which he graduated in 2013. A natural musician, he started in music at a young age, playing around with guitars and drums just to pass time.  In middle school he took up the piano. Duong’s broad musical tastes are evident in his influences, which include Jimi Hendrix, Led Zeppelin, Beethoven, Cream, Mozart, and the Beatles, along with EDM standbys such as Skrillex, Deorro and Hardwell.

As his passion for music deepened and his musical skills developed, Duong started recording his classic and alternative rock performances. He initially used the Logic Pro production software to produce and master his tracks. He has since graduated to the arguably more sophisticated Ableton 9 software.

Though his music might originate from a classical mindset, Duong said his current influences are diverse.

“Weed,” Duong said with a chuckle. “Also Melbourne bounce. But honestly, my biggest influence is the continual creativity and curiosity I have inside my head.”

Duong recently released “Velociraptor,” a new single meant to highlight the places he is going with his still-unnamed upcoming EP, scheduled to be completed in the next few months. Duong shares demo tracks and random mixes via Soundcloud, a streaming service that has helped emerging artists gain exposure. Although Duong has deleted most of his early demos, the site still hosts a number of his original remixes.

Feeling constrained by his commitments here, Duong moved to Oregon briefly in an attempt to focus on his music. Missing his old stomping grounds and finding a lack of inspiration in the Pacific Northwest, he decided to return.

While Hawai‘i may not have as vibrant a dance music scene as other places,, many talented young artists are nonetheless pursuing their musical aspirations, with the crossover of EDM into mainstream culture, along with the continual innovation in file sharing and music streaming sites and more sophisticated avenues for artists to generate revenue.

With hard work, determination and, perhaps, a little help from his friends, Duong may yet find success in a musical landscape transformed by growing popularity of music festivals, social media and streaming services. Yet, Duong says he is unsure if he will even will keep his current DJ handle or discard it to wander off in search of a new identity.

With his drive, there is no telling where he will end up.