Café Americano. Espresso con panna. Iced roasted chestnut macchiato. The frequent coffee drinker may be able to tell you each ingredient that goes into these caffeine-loaded coffee drinks, but how many coffee connoisseurs can tell you which countries the ingredients came from — and which farms?

KCC student Juli Burden is one such connoisseur. 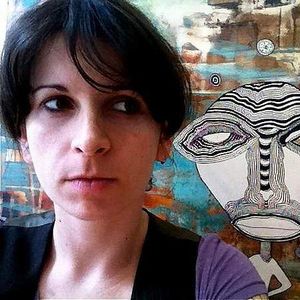 Juli Burden (from her couchsurfing page)

Burden’s interest in coffee arose after a trip to the Philippines with her friend Lary Reeves, a Filipino conservation biologist, five years ago. The Philippines have a very high level of biodiversity and Burden and Reeves are seeking to use that fact to their advantage in an entrepreneurial effort. 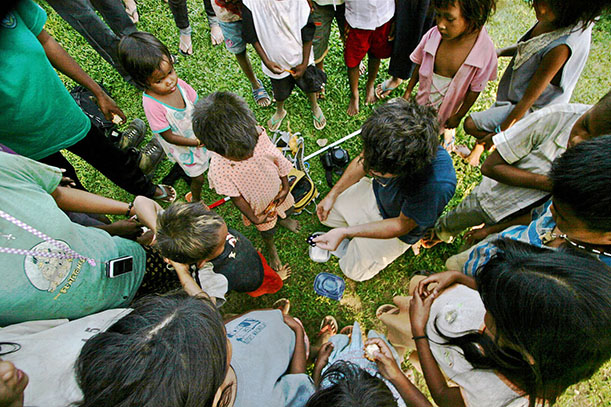 Burden moved to Hawaii from Florida three years ago. She had been studying photography but decided she did not want to shoot weddings for a living. Burden switched majors to natural sciences, specializing in tropical plants, with a minor in botany. She is now pursuing a master’s degree as she studies the coffee plant. Hawaii and Costa Rica are the only two places in the world where Burden can study coffee at a university.

When she is not studying the coffee plant or showing people her coffee branch tattoo, Burden works at The Curb Kaimuki as a barista. She makes all the café’s syrups using local ingredients. Burden also receives samples of coffee from all over the world, which she evaluates for farmers to determine the value of their crop.

Burden and Reeves plan to promote coffee, cacao and endemic plants as cash crops in the Philippines. They intend to cultivate five hectares of Reeves’ grandmother’s land as an example of how to grow crops without the use of pesticides, which are common in the region.

Burden, who can understand but not speak the Ilonggo dialect, will manage the project. She plans on splitting her time between Hawaii and the Philippines over the coming years.

“I’m probably gonna always use Hawaii as a home base,” said Burden. “I like it here.”

Burden does take time to do things unrelated to coffee. She is working on getting scuba certification. She is also an avid rock climber, and often goes cliffhanging with coworkers. She likes to go deep-water soloing, which involves scaling a rock face above water, then dropping in.

“I have that wanderlust thing goin on.” said Burden.

She hopes her travels will lead her to Ethiopia, to see the birthplace of coffee. Swimming with whale sharks in the Philippines is also on her to-do list. This short list, once accomplished, will be added to Burden’s impressive log of “been there, done that” items. She has skydived, attended the Filipino Mardi Gras (called Sinulog), and has a paper being published in Leahi, the KCC creative arts journal, about her trip to the Philippines. She found an Atlas Moth, which is one of the world’s largest, during that journey. 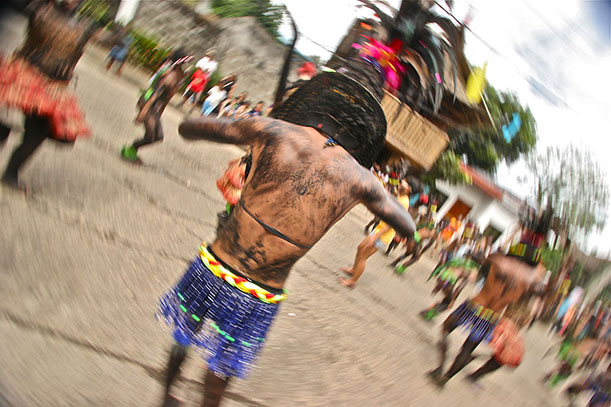 A dancer during the Sinulog festival (Photo: J. Burden)

Burden comes from an adventurous family who live in Washington now. Her parents were featured in a 1973 National Geographic article about their adventure cycling trip from Alaska to the tip of Argentina. Burden would like to see her agro-forestry project published in that magazine as well. This could happen, especially if she wins the U.S. Barista Championship, which is the end-all competition for coffee makers.

It is her desire to utilize her message of agro-forestry in her recipes for the show. Burden will have to make a dozen beverages, which she hopes to create using only ingredients from her sustainable farm in the Philippines. She feels this would be a fitting way to showcase the fruits, or beans, of her labor.

“Ideally, I want to try to make it so that every single thing comes from the farm.” said Burden about the future ingredients which will compose her concoctions.