The event was hosted by the KCC chapter of Engineers for a Sustainable World in conjunction with HICapacity, a Hawai‘i-based tech collective. 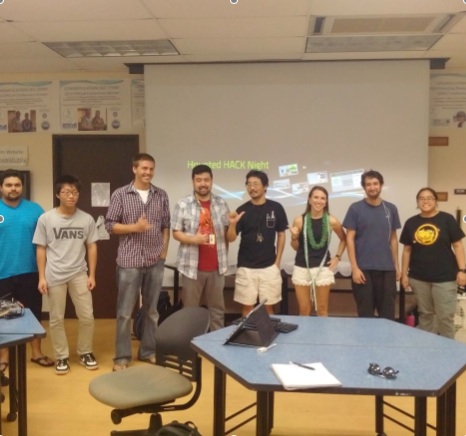 During the evening exhibition, students and instructors shared a wide variety of creative, high-tech projects, from drones to an electronic skateboard.

Organizer Jessica Grazziotin showed off a pair of “Storm Shades,” an X-Men-inspired pair of 3D-printed sunglasses with dazzling light displays run by an Arduino Pro Mini controller and a 3.7v lipo battery. 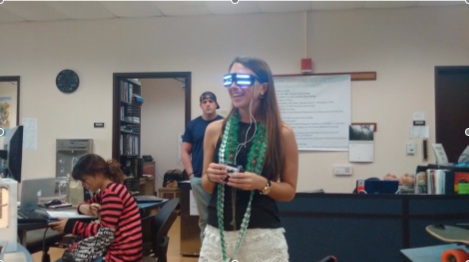 Organizer Jessica Grazziotin showed off a pair of “Storm Shades,” an X-Men-inspired pair of 3D-printed sunglasses with dazzling light displays run by an Arduino Pro Mini controller and a 3.7v lipo battery.

Grazziotin, a second-year pre-engineering student, said the event was meant to start a conversation about technology and to get more people involved in HICapacity. In fact, Grazziotin’s relationship with technology is a story better suited for Valentine’s Day than Halloween.

“I have always been good at math and knew engineering was the field for me,” Grazziotin said. “Originally I wanted to be a mechanical engineer, and I never thought computers would be my thing. I actually avoided EE 160 (an introductory coding class). When I finally enrolled in EE 160, about two weeks in I realized, ‘OMG, this is just like Myspace!’ — and I was hooked.

“It’s a little funny but, that’s my tech love story,” she said. “Now here I am, less than a year later, just trying to spread the word about how easy it is to get started with these electronic devices.” 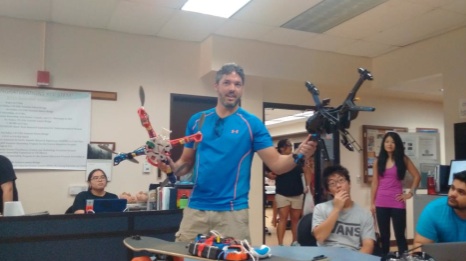 Carland, who also works as an engineer with Open Power Quality, later drew applause with another 3-D-printed wonder — an electronic skateboard operated by a Nintendo Wii remote. 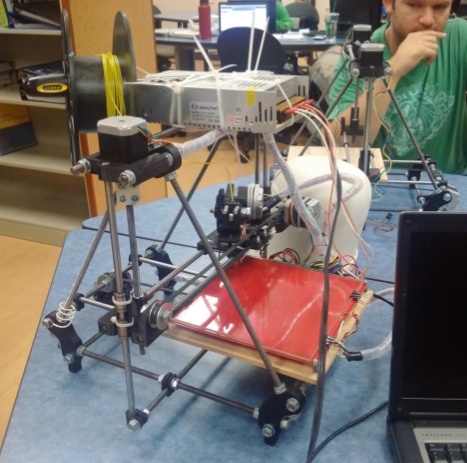 “I’ve been using the skateboard myself and it can go as fast as 25 mph,” Carland said. “Yeah, it’s pretty dangerous.”

The event also served to promote Engineers for a Sustainable World, which was launched at KCC last spring. The non-profit network is comprised of students, faculty, and professionals “dedicated to building a more sustainable world for current and future generations,” according to ESW.

“There are so many resources to help here in the STEM center and in the community, like ESW or HICapacity,” she said. “It’s really those networks that become priceless during your school career.”

“It was very helpful with lots of visuals,” Reyes said. “It helped me understand what my major would be like and got me more excited to pursue electrical engineering.”