Working together to find a creative and engaging way to communicate the open access to education represented by the University of Hawai‘s community colleges, Kapi‘olani Community College community relations director Louise Yamamoto and her UHCC counterparts earned even more recognition than expected for their home campuses.

The UHCC marketing team was awarded Team of the Year at the University of Hawai’i and nominated for the annual Governor’s Awards for Distinguished State Service. The award honors executive branch employees and members who “exemplify the highest caliber of public service and dedication to serving the people of Hawai‘i.”

The UHCC marketing team won second best team in the state and joined other nominees at a ceremony at the State Capitol House Chamber last month.

“I felt very humble,” Yamamoto said of receiving the award. “It was a great experience. It made me want to work harder to really deserve the award and not let my college down.” 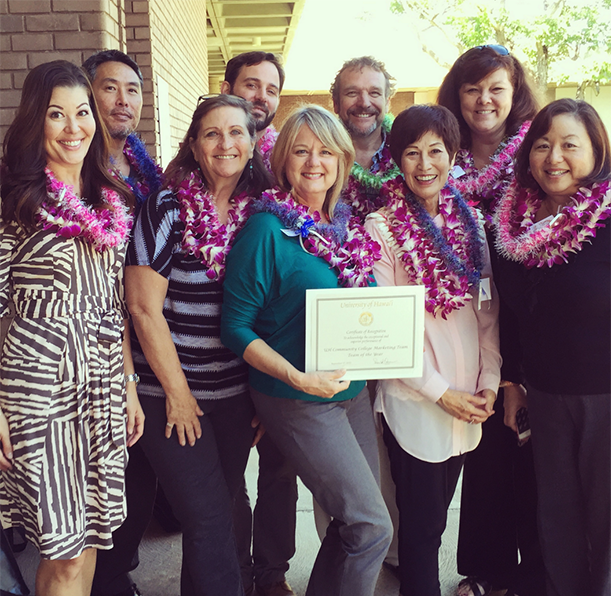 The UHCC marketing team also won first place in the annual competition of the National Council for Marketing and Public Relations (NCMPR) for 2-year colleges. The team was awarded NCMPR’s Gold Paragon Award for its work on marketing the UHCC 50th Anniversary celebration.​

The team was recognized for designing an “open door access” display consisting of eight brightly colored doors, each representing one of the UHCC campuses. The display, which was used to celebrate the 50th anniversary of the UH community colleges at UHCC Day at the State Capitol last year, was intended to highlight the way in which UH community colleges welcome students from different backgrounds. 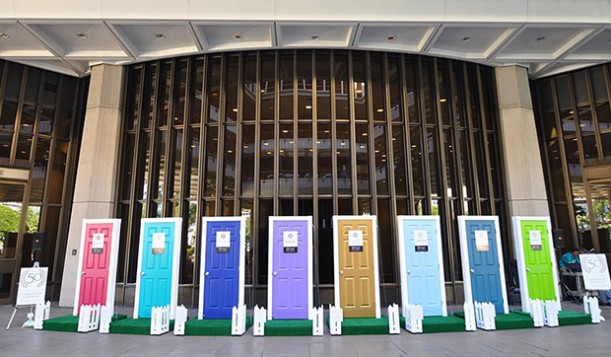 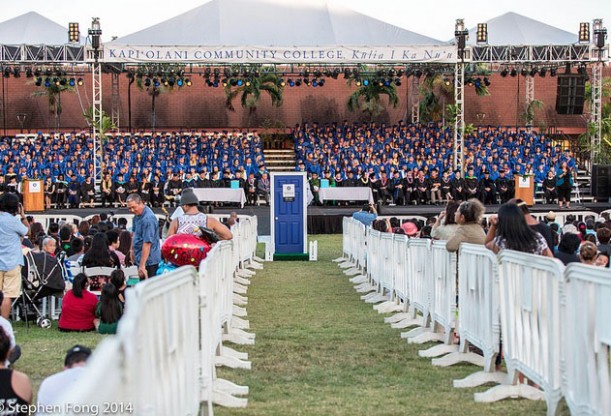 The blue KCC door was featured at graduation.